How to Read a Wine Label and Choose an Excellent Bottle of Bordeaux? 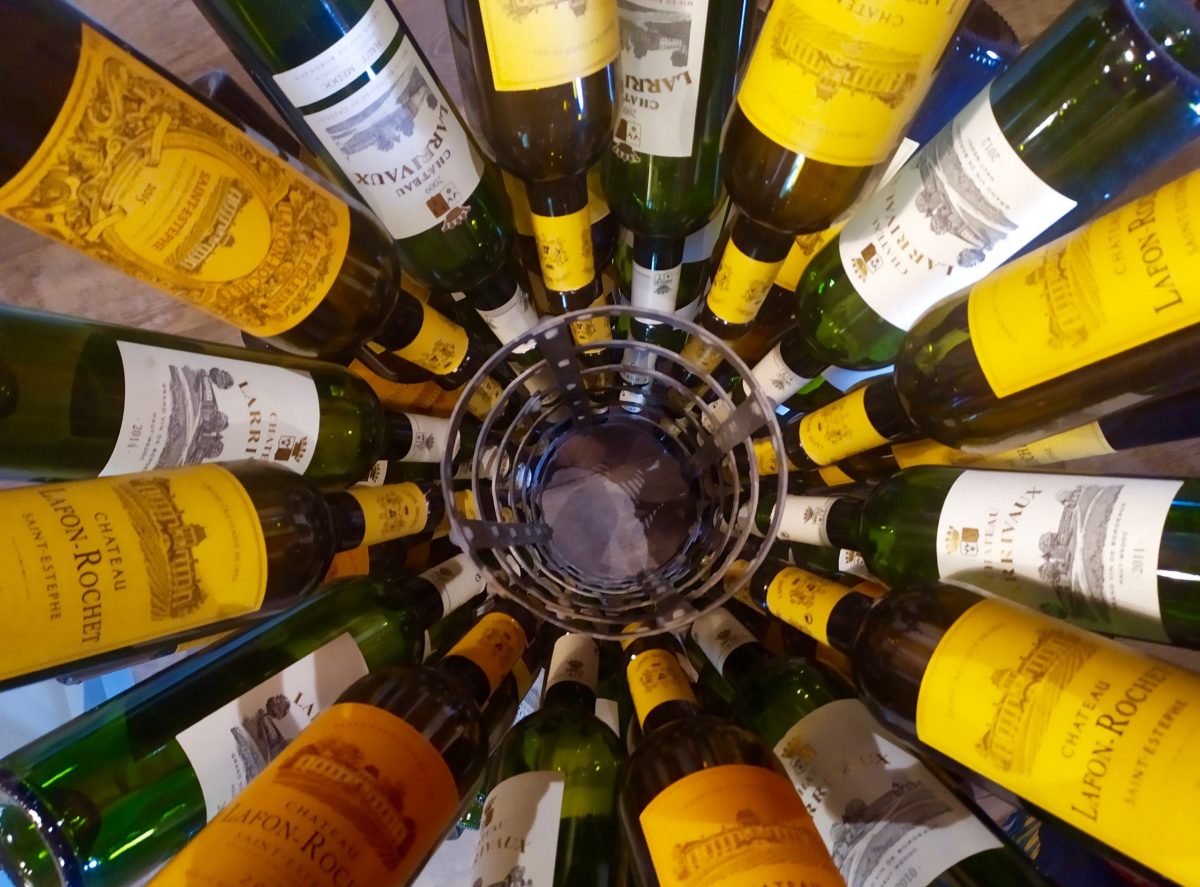 Want to know how to pick a good bottle of wine? Read my French wine label reading tips. Voila, a great bottle of Bordeaux!

Want to know how to pick a good bottle of wine next time you are at a store and shine at a wine party?

Let’s take a look at these labels of Bordeaux wine. How to tell if these are good wines just by looking at the labels?  Are they worth the money?

As you may have noticed a typical label on a bottle of French wine is white, off-white or yellow with black, gold or white letters. French winemakers like to brand their wines in the same way it was done centuries ago when colours were hard to reproduce. The French wine label  has to project tradition and prestige. Therefore, it would be rather rare to see anything modern. Even though, most of the top wines are exported, the wine labels are always made French, which is understandable, and is a good marketing.

On a typical label of Bordeaux, we see the name of a winery, a “château”, a little picture of a house or a castle, a reference to an appellation of protected origin (appellation d’origine contrôlée, AOC), a year, and a “mis en bouteille au château”.

Why are they all labelled Château?

“Château” means a castle or a house of nobility in French. It is a tradition in Bordeaux to call every winery a château, even if no castle is present on the property. “Château” is a Bordeaux wine-naming phenomenon. For example, the wines of Burgundy will likely be made by a “Domaine”.

Most winemakers proudly display on a label whatever architectural structure they own. The rule is that a castle can be depicted on a label as long as the artistic image is not too far from reality. Basically, no Disney-style castles, please, if you don’t have one.

“Château” on a label is the first good sign. It means that the grapes were grown on the property around the “castle”, wines were fermented, barrel-aged and bottled right at the winery under the strict eye of a winemaker. This way, the consumer can be sure that the wines were not blended wrongly, were not kept in improper temperatures, or bottled by non-professionals.  Not following any of these rules, can easily lead to wine defects.  There are thousands of châteaux around Bordeaux, yet this word alone is a brand in itself.

However, not only that, a bottle bearing “Château” on the label, is the highest quality wine of a particular producer. We often refer to the Châteauwine as the “first-label”, or the best wine produced at a property. It means that a winemaker has followed all the rules of AOC, the juice came from the oldest vines, the wine was aged in expensive new oak barrels. These bottles are the pride of the winemaker and their signature wine. This wine is to be aged. Over the years, it will develop a finesse and aromatic complexity. This is why the first label is often marked as Grand Vin.

So hands-down, “Château” is a better choice than another label from the same winery.

Don’t be misled though, many Bordeaux second labels are of excellent quality as well.  There are amazing wines among so-called “super-seconds“, second labels of the most prestigious chateaux ranked extremely high by critics and wine connoisseurs. Some wineries produce third labels as well.

What is appellation d’origine contrôlée?

AOC or an appellation of protected origin. It’s name usually appears below the product name. Which one to choose? The general rule of thumb, besides choosing the appellation you personally love, is to look for a specific appellation (AOC) rather than generic Bordeaux. For example, Margaux, Saint-Emilion Grand Cru, Pessac-Leognan or Pauillac. In most cases, this would indicate a higher quality wine than those marked as Bordeaux or Bordeaux Superior. This is where it gets confusing. The best wines of Bordeaux actually don’t have a word “Bordeaux” on their labels.

Expect to pay at least double for the famous AOC wines such as Pomerol, Pauillac, Margaux, Saint-Emilion, compared to those labelled Bordeaux.

Along with the appellation name a label will mention “Grand Cru”, “Grand Cru Classe”, “Premier Grand Cru Classe”, etc. Grand Cru or “great growth” is an indication of the rank of a particular winery in classification, which is specific to each AOC. There are about 60 AOCs around Bordeaux alone and each one has its own classification. It is crazy, and hard to remember, but in general, anything “classé” indicates a higher rank. A price will be indicative of this rank, however, there are many exceptions. For example, Petrus, one of the most expensive wines in Bordeaux, doesn’t use Chateau and is not ranked as “classé”. 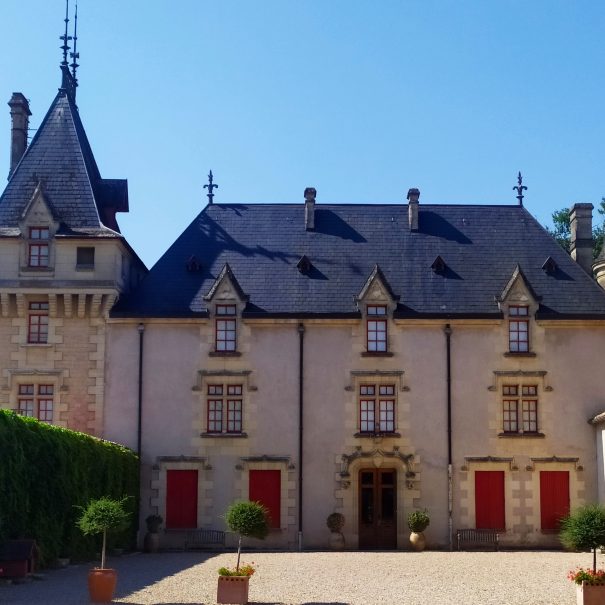 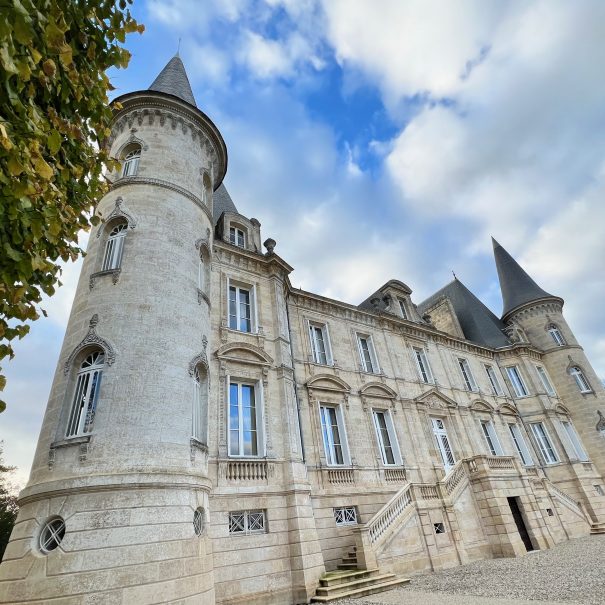 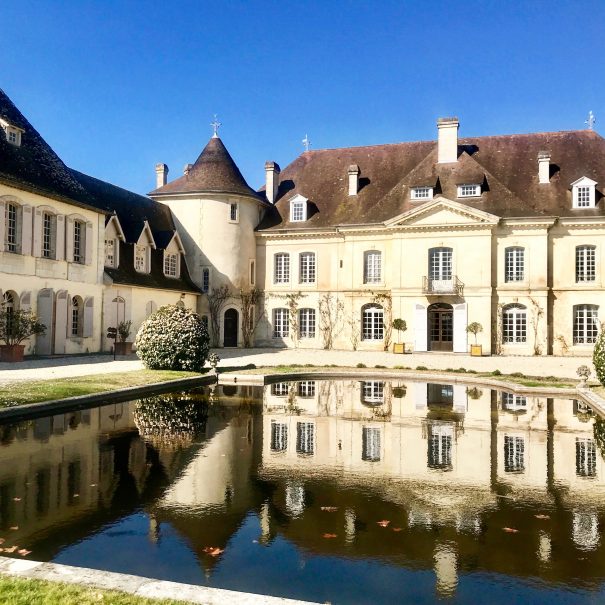 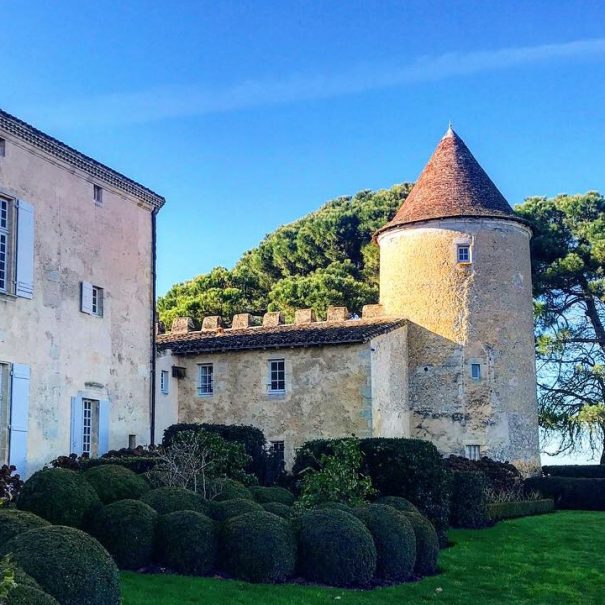 Which year to pick?

A year on the bottle indicates the year grapes were harvested and it can make a huge difference especially in areas like Bordeaux with changing climatic conditions. Remember, good bottles of Bordeaux are aged between 12 and 18 months, so you won’t see a bottle of Bordeaux on a shelf earlier than 2 years after the harvest. For example, 2017 vintage have just started to emerge in late 2019.

Why is the year, or the vintage, so important? Weather varies significantly from year to year in this maritime climate, so would the aromas, acidity, tannic structure, the concentration of fruit in the wine, etc. If you are looking for a great bottle to keep or a nice gift, carefully choose the right year. For example, in Bordeaux, every 5th year of the decade was outstanding – 2000, 2005, 2010, and 2015.  Well, more or less, as there were some notable exceptions, for example, 2009 and 2016, more recently.  If you are planning on a saving a great bottle for the next 20-30 years, don’t overlook 2018 which promises to be excellent. On the contrary, vintage 2013 is not to save, as the summer was quite cold and rainy.

It means “bottled at the winery”, which most chateau wines in Bordeaux are.  This marking distinguishes carefully made chateau wines from those coming from a huge bottling plant. Bottling line is a huge investment, and all Bordeaux wineries rent mobile bottling plants for a day or two.  The site of grand vin being pumped and put into bottles at a high speed is mesmerizing.

Which Bordeaux wines do you drink? What is your favourite vintage/year? If you want to do a wine tasting at Bordeaux chateaux, join one of my wine tours.

Get free shipping on your first order of your favourite fine wines with code MILLESIMA1ST at a Bordeaux wine merchant in the USA Millesima USA.

There are more than 10,000 chateaux around Bordeaux, which one to choose? 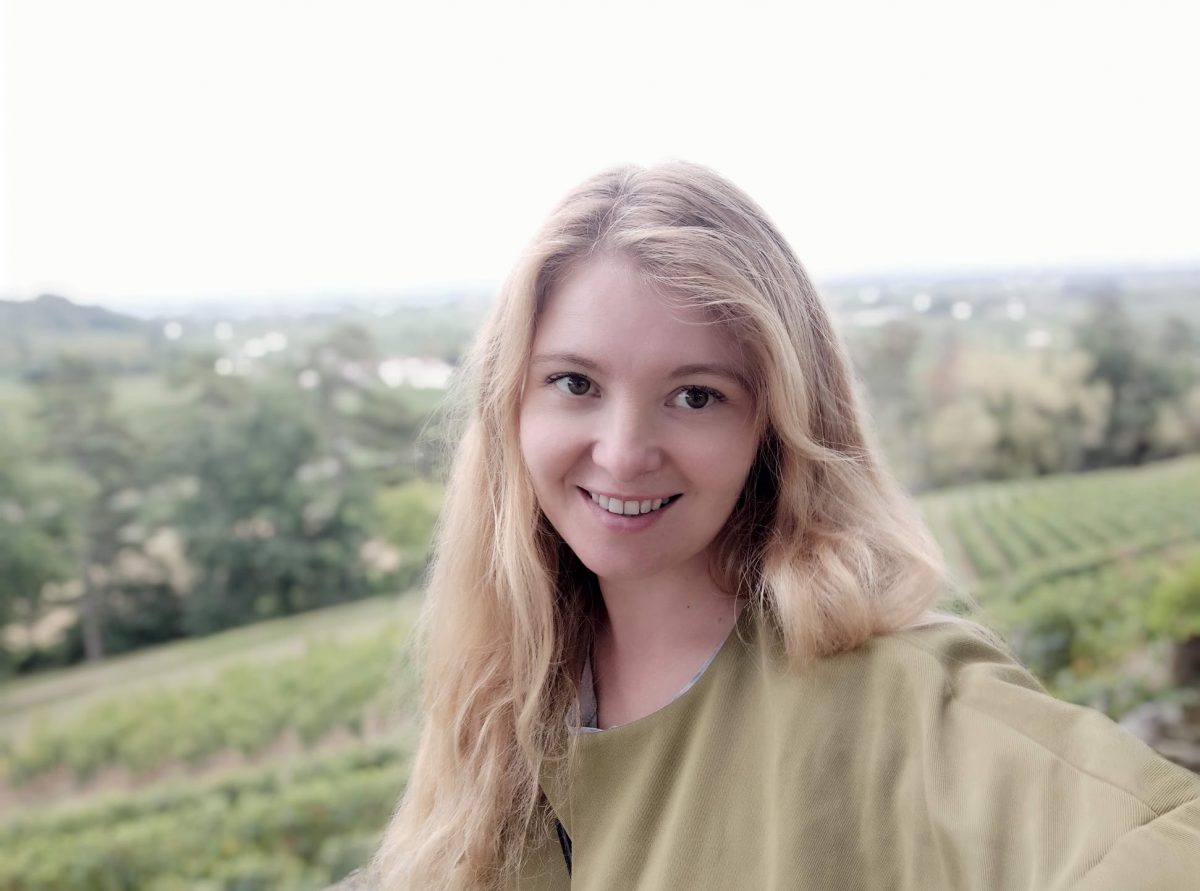 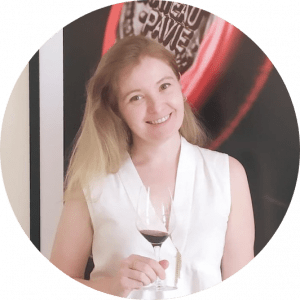 Hi, my name is Polina. I am a sommelier and a wine tour guide in Bordeaux, France. 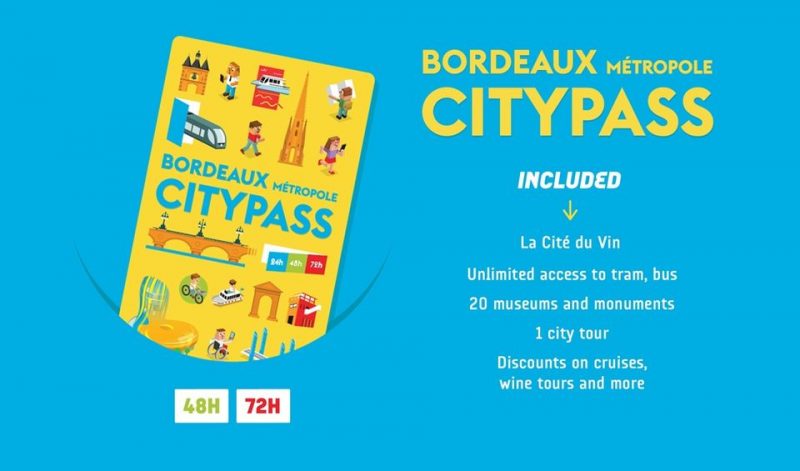 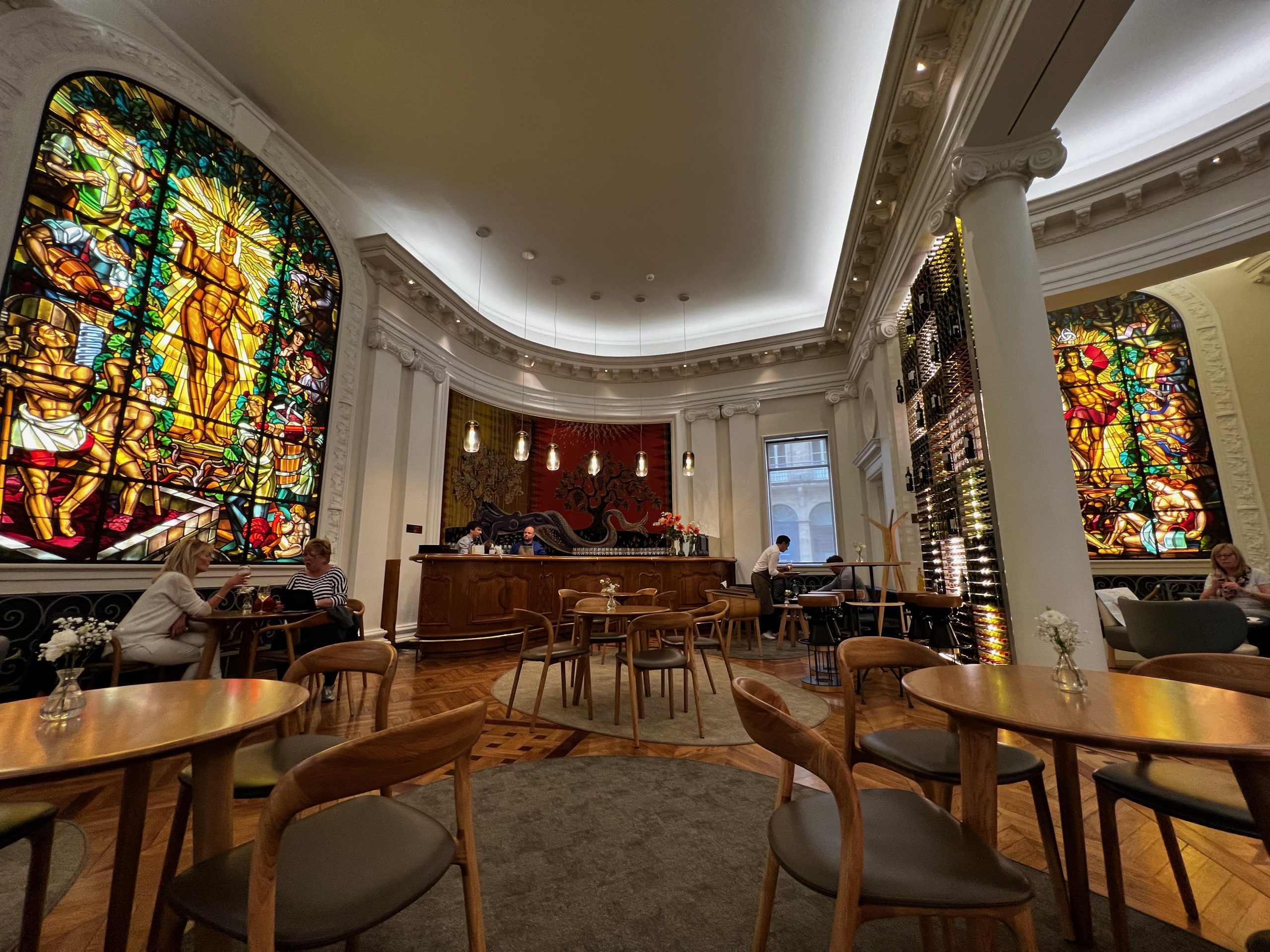 The Best Wine Bars in Bordeaux 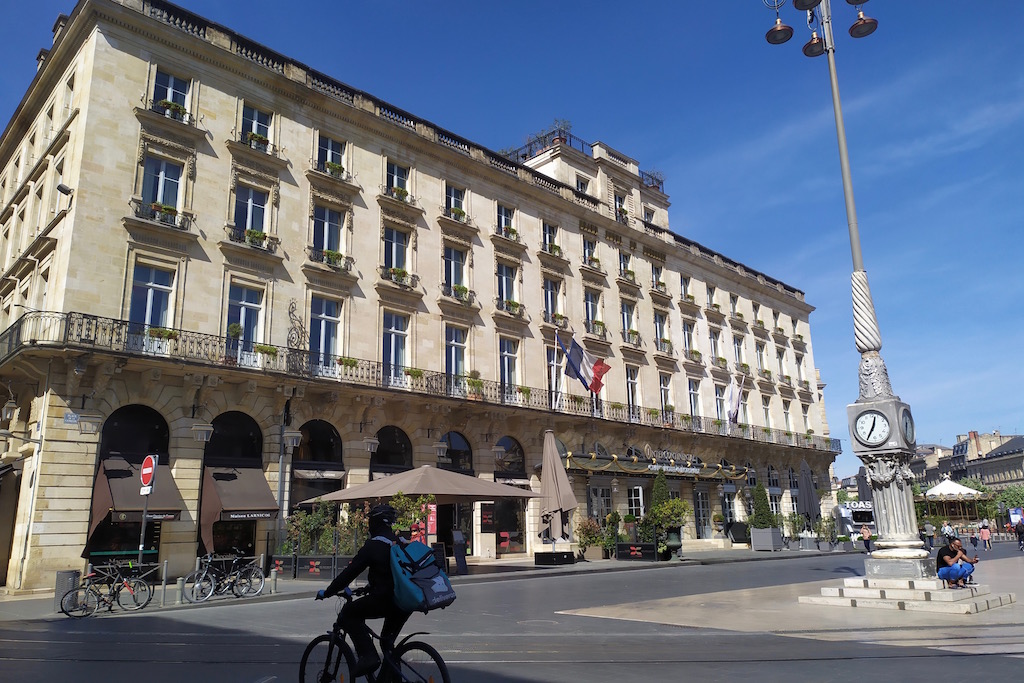 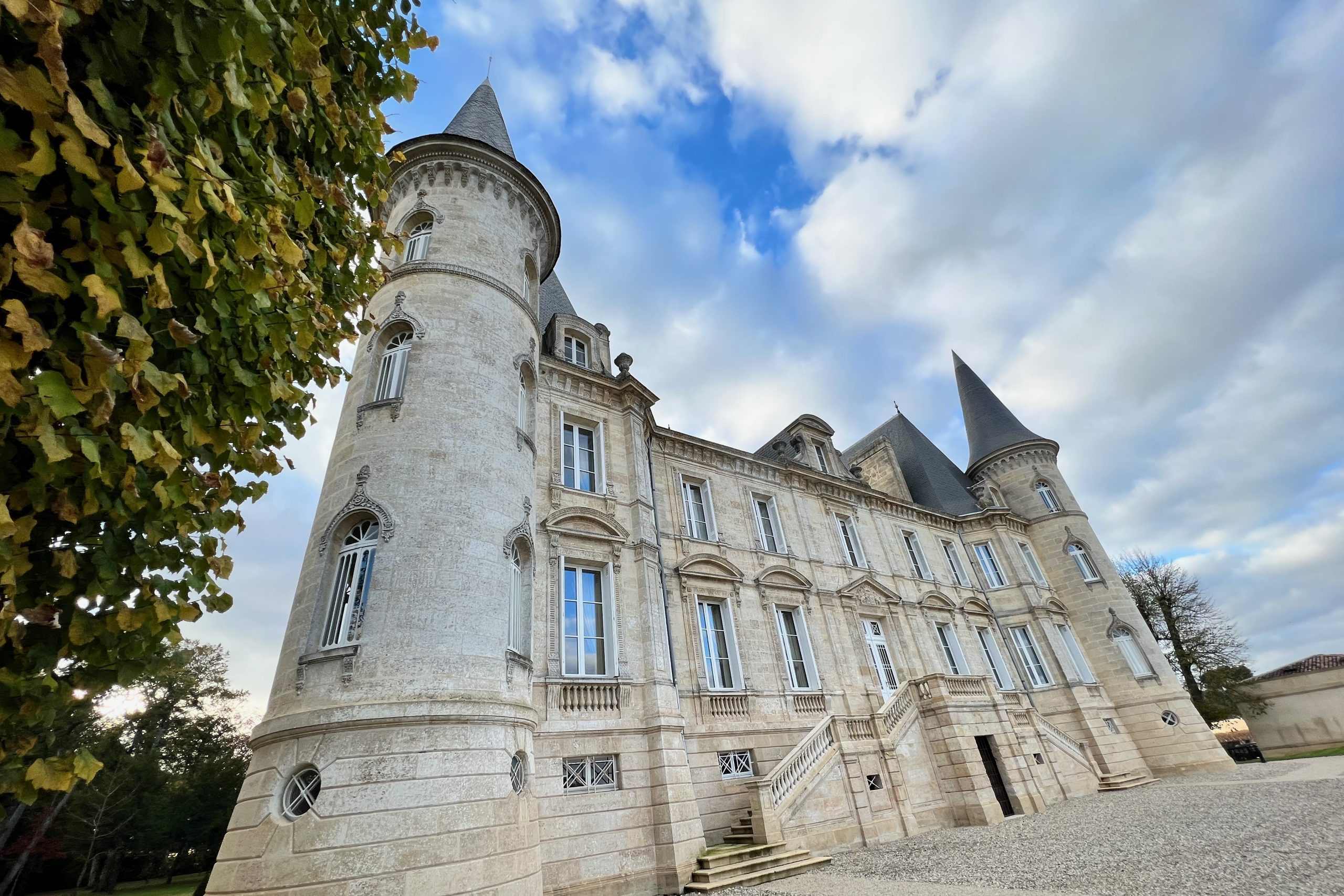 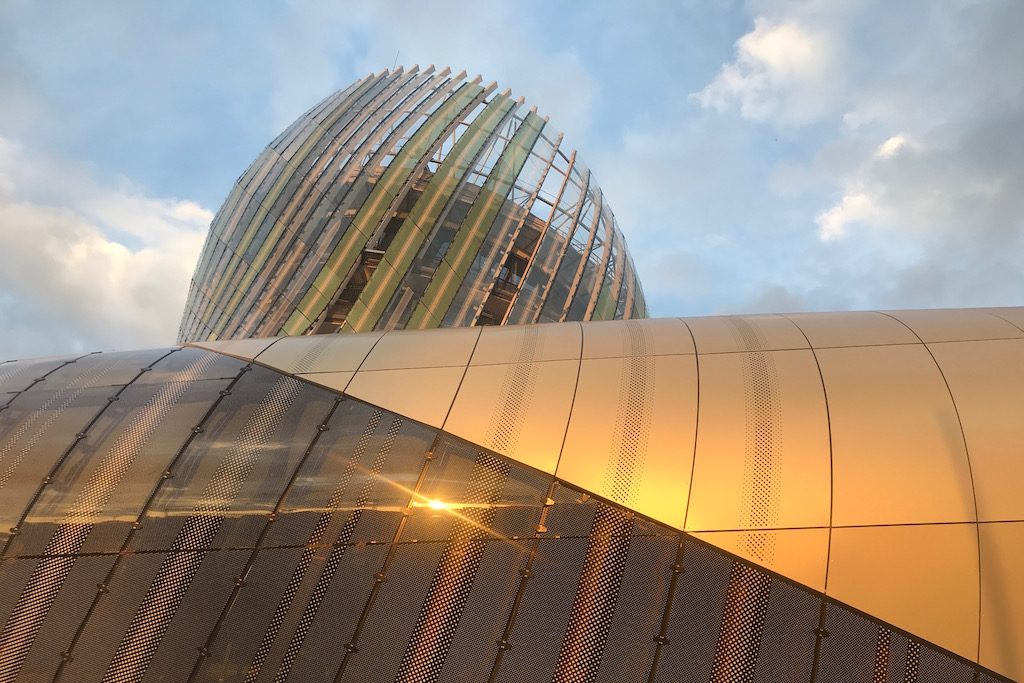 Is La Cite Du Vin, the Wine Museum in Bordeaux Worth Visiting? 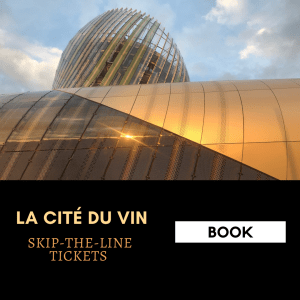 The Best Wine Bars in Bordeaux

Where to taste wines in the center of Bordeaux? Here is the list of my favourite wine bars in Bordeaux … Read More

I put together a list of the recommended hotels in the city of Bordeaux and in Bordeaux wine country. … Read More

Is La Cite Du Vin, the Wine Museum in Bordeaux Worth Visiting?

My wine tour clients often ask me whether they should visit the Bordeaux wine museum. … Read More 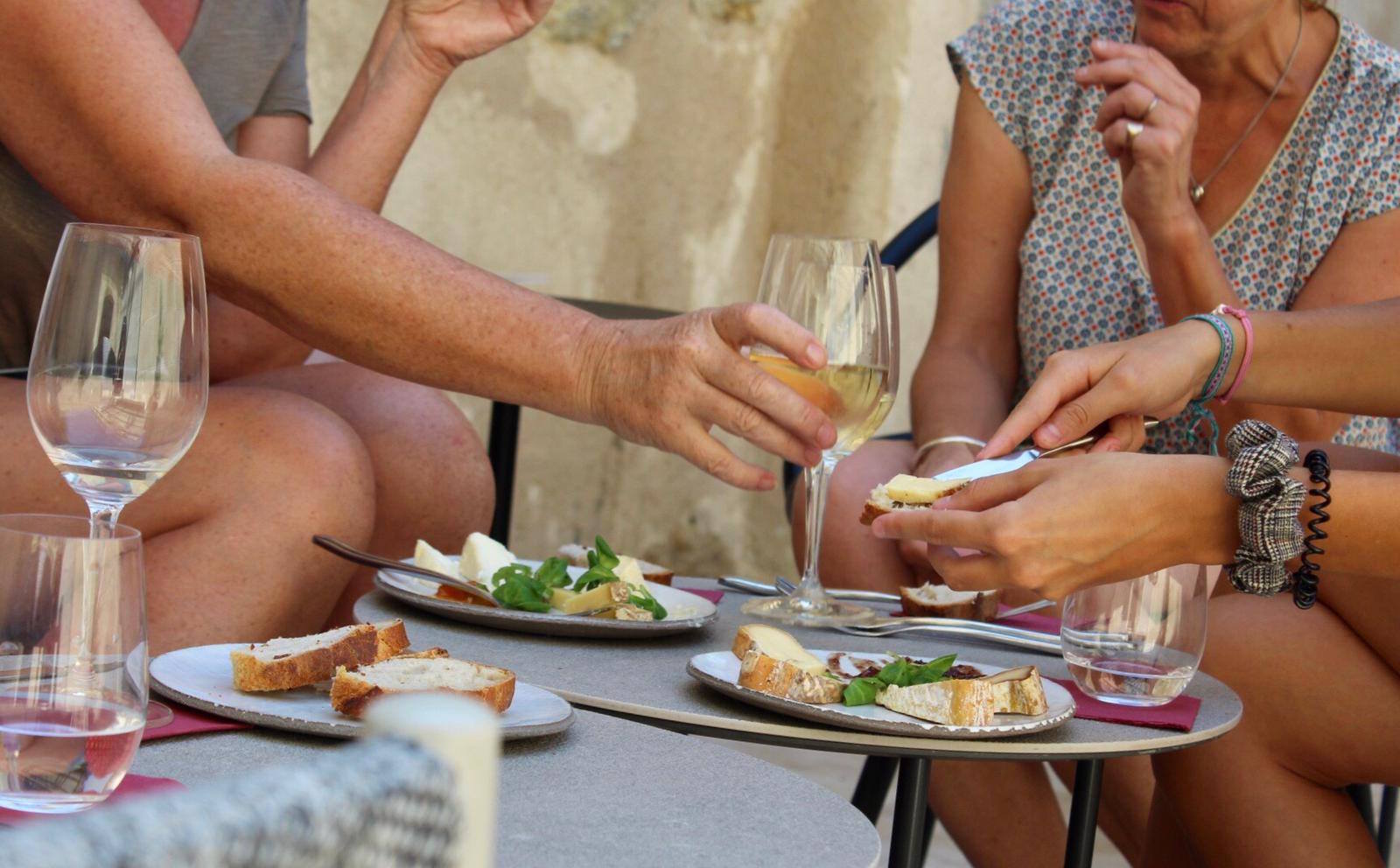 To experience the best of what Saint-Emilion has to offer, you must stop at one of the local wine bars.
… Read More 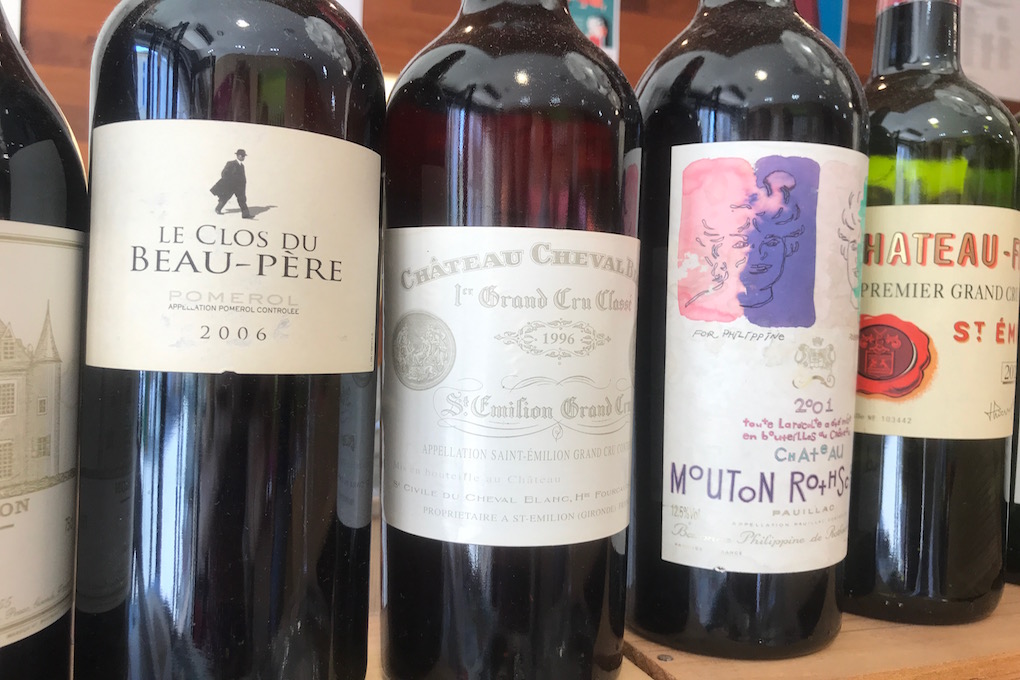 Where to Buy Wine in Bordeaux and to Not Break the Bank?

Bordeaux is all about wine, there is no shortage of shopping options here. There are pros and cons of each….. … Read More 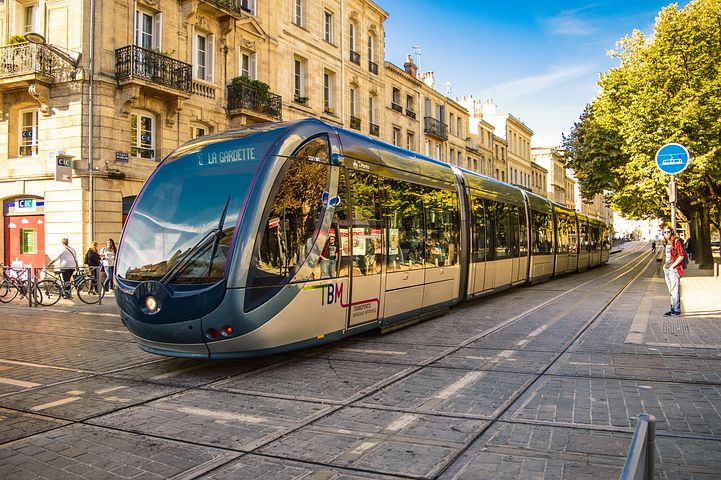 Do You Need to Rent a Car in Bordeaux?

The short answer is “no” if you stay in the city of Bordeaux. If you are staying outside of Bordeaux, it may be a good idea, as regional transportation is scarce and not easy to figure out.
… Read More 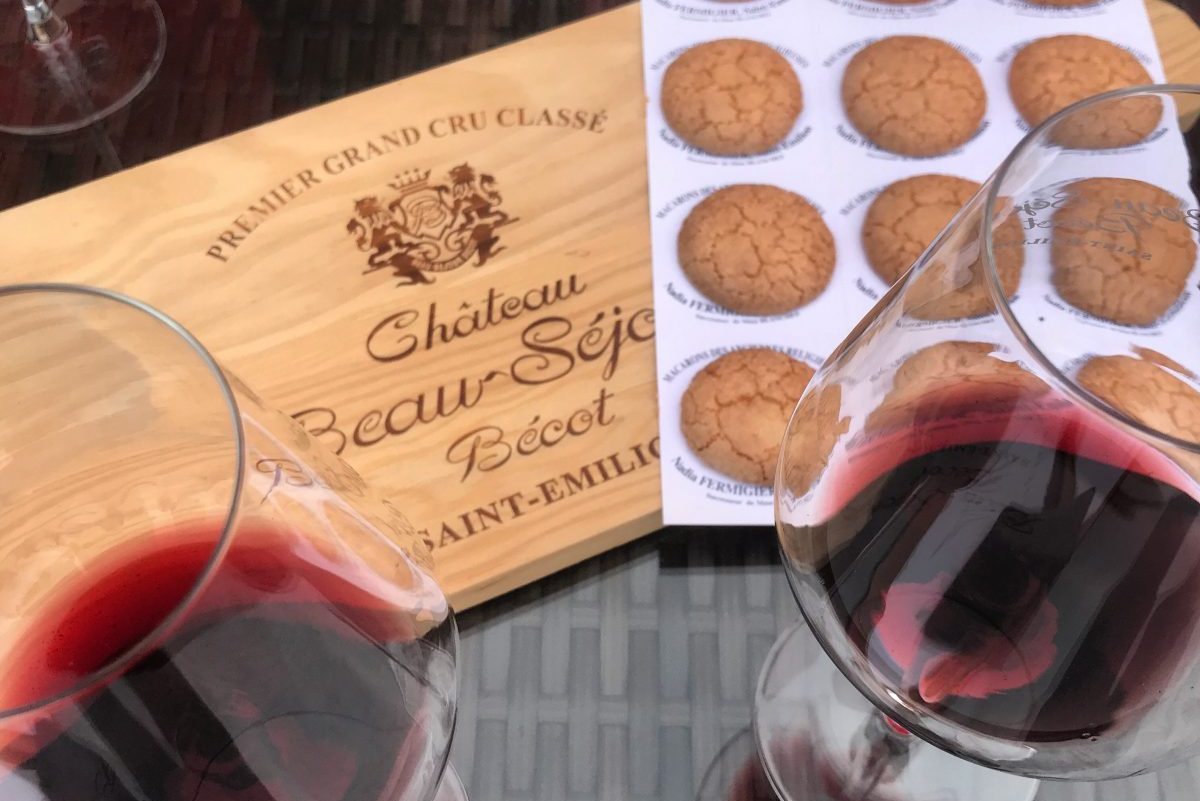 How to Get from Paris to Bordeaux?

The best way to get from Paris to Bordeaux is a 2-hour high-speed TGV train departing from Paris Gare Montparnasse.
Alternatively, take a flight from Charles de Gaulle or Orly airport to Bordeaux Merignac.
… Read More 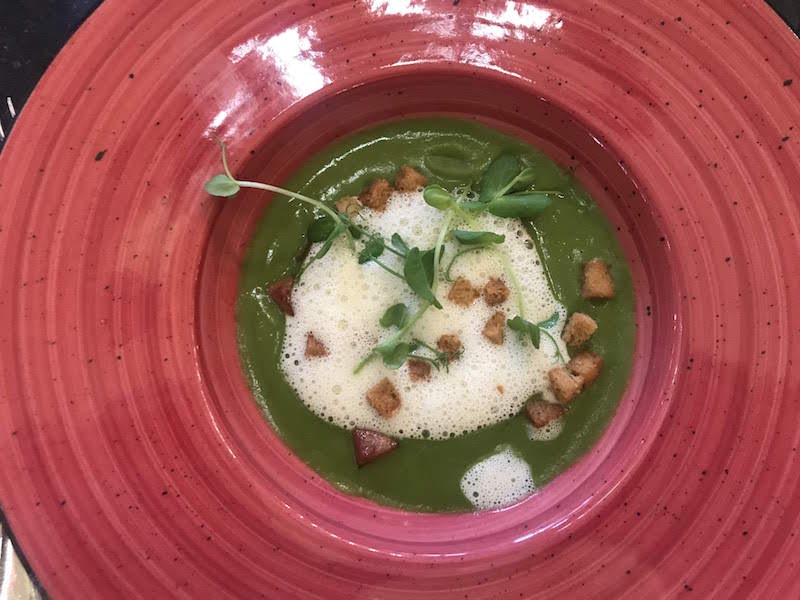 Best Restaurants in Bordeaux According to the MICHELIN Guide

Here is the list of the best Bordeaux restaurants awarded stars and Bib Gourmand mentions by the MICHELIN Guide 2020.
… Read More 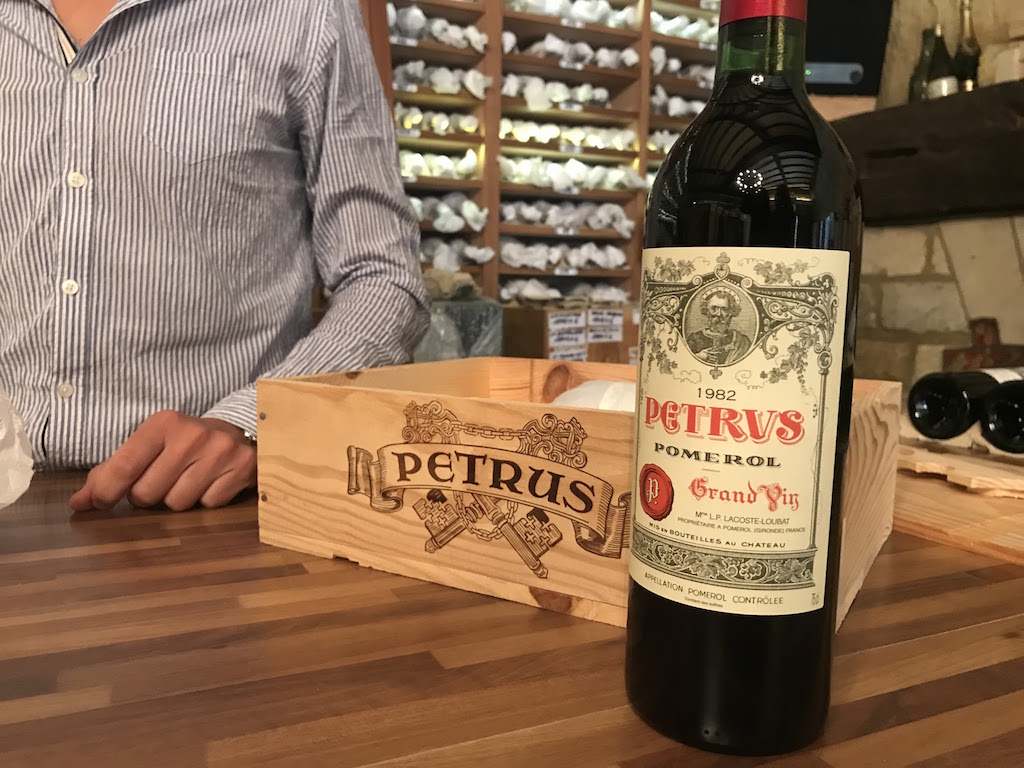 Why Are Bordeaux Wines So Famous and Expensive?​

When we hear “Bordeaux” the image of something very luxurious and expensive comes to our mind. Of course, this is only a myth. … Read More 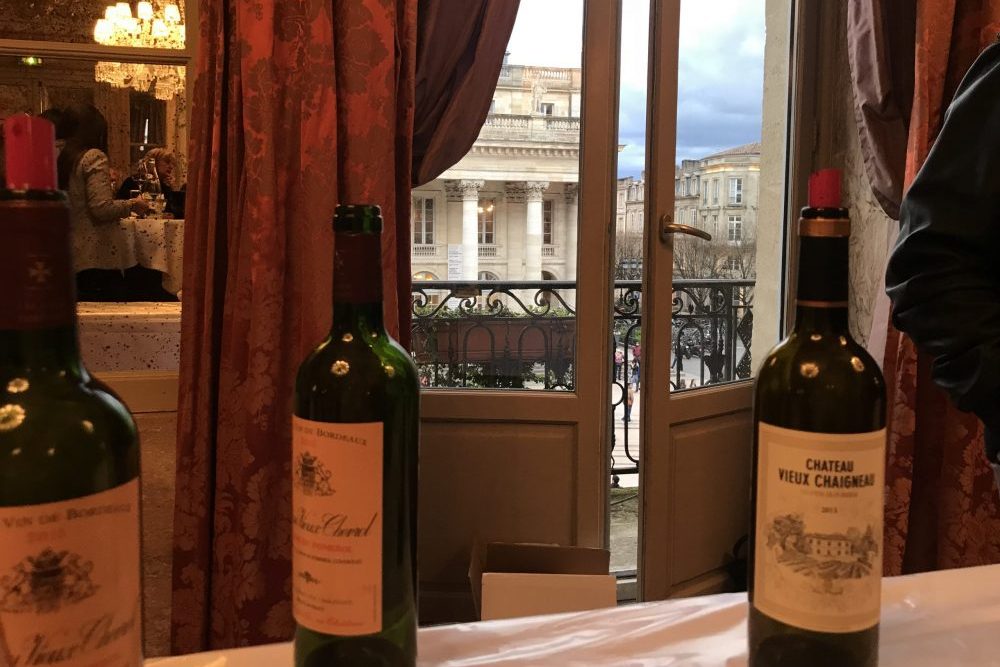 What are the Best Wines of Bordeaux According to Wine Critics? 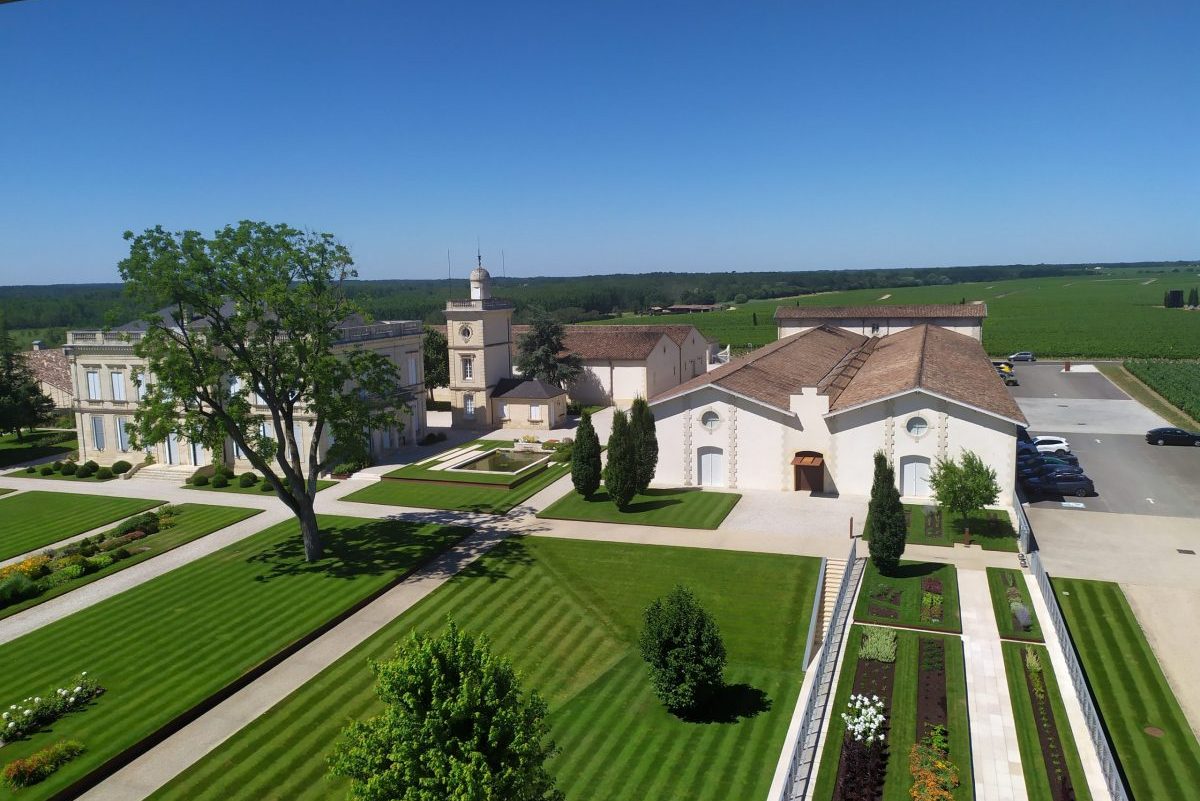 10 Best Wineries to Visit in Bordeaux

WHERE TO STAY IN BORDEAUX?

Our hotel recommendations in Bordeaux and Bordeaux wine country